True story: at various points in my brilliantly misspent youth, I was involved with the S.C.A. The first time, I was a member for about a year and a half; after that, I tended to find a group, meet some people that I liked, and hang out with the people while staying away from the organization. At one point, someone asked me why that was. I said, basically, that while I liked S.C.A. people, I had some issues with the organization itself. She said, "Really? Like what?" So I started to explain a couple of the things that bothered me. I wasn’t three sentences in before she said, "Oh, but it isn’t like that at all." ...I think I just stopped and looked at her. I don’t know if I even answered. Maybe I just gave her an Eloquent Look. Because whatever she thought, it was that way for me. If she didn’t want to hear about it, she shouldn’t have asked.

It's a perfectly understandable urge, but it's also horribly misguided. It's one thing to listen to criticism, weigh it, and then decide that it's incorrect, or misguided, or otherwise unreasonable. It's quite another to reject criticism out of hand, without even taking the time to consider it.

The really frustrating ones, though, are the people who don't want others to criticise the object of their affection at all - and they're especially irritating when they refuse to admit that that's what they're doing. The message is usually disguised as some sort of concern for the critic ("that much anger really isn't healthy", "isn't it time you moved on", "we miss the old you", "you shouldn't be so negative", and like that). If you don't want to hear it, say so... but be honest about it.

So when someone tells you that you’re being too negative, or you need to move on, or whatever... consider the source before you take it to heart. 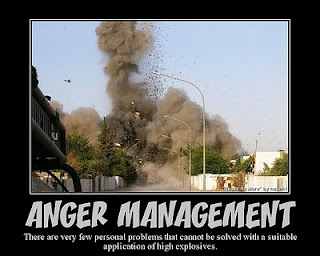 Email ThisBlogThis!Share to TwitterShare to FacebookShare to Pinterest
Labels: Arrogance, people are strange, Things I have Learned The Hard Way