In one of the boxes, I found a picture that Firstborn did... I'm guessing about four years ago, so he would have been probably six years old: 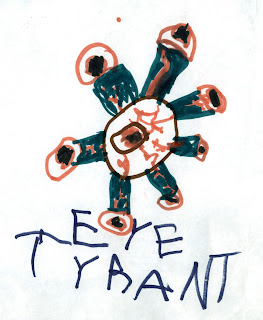 It's a Beholder, an Eye Tyrant. Nasty floating eyeball critter.