I'm watching the news that several officers have been shot and killed in the wake of a (mostly peaceful, and mostly over) Black Lives Matter protest (which the Dallas police were aiding and supporting).

This is, broadly speaking, where I live. I don't get to downtown Dallas all that often, but it's not that far away, either. I used to go to clubs not too far from where this is/was happening.

I don't even know what to say about this. So I'm not going to say anything about it now, other than observing that it's piling horror on top of horror -- and you, gentle readers, could probably work that out for yourselves.

However, the Dallas Police are already releasing pictures of "possible suspects". And it's way, WAY too early for that. Edited to add: Sure enough, this guy looks like he couldn't possibly have been an actual perpetrator. But there are people who are going to see his picture, assume he was one of the attackers, and never follow up to correct their misconceptions. Don't be one of them.

So whenever these sort of situations come up -- these chaotic emergencies -- I'd ask you to remember these things, contained on this handy graphic: 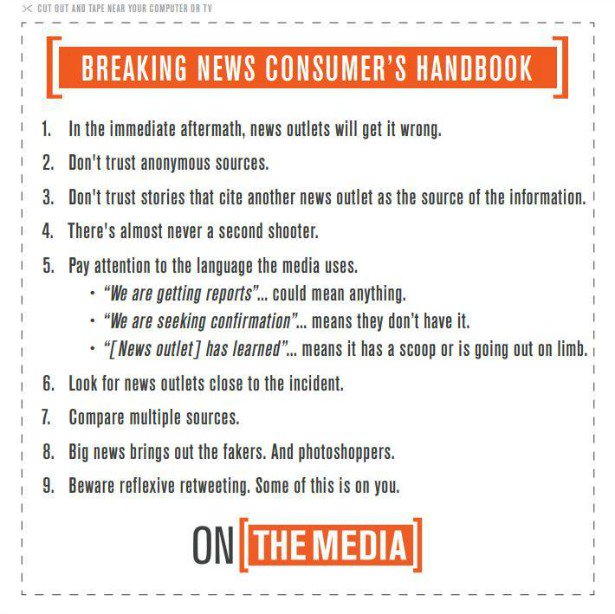