This is how the birth of Jush the Savior came about: His mother Mara was pledged to be married to J'suf, but before they came together, she was found to be pregnant. J'suf was a half-Orc and a barbarian, but despite his great temper he loved the wizard Mara and did not want to expose her to public disgrace. Instead, he had it in mind to free her from her promise to him.

But after he had considered this, a Celestial appeared to him in a dream and said, “J'suf son of Grawl, do not be afraid to take Mara home as your wife, because what is conceived in her is from Olidammara, a divine prank upon you both for reasons even the gods cannot decipher. She will give birth to a son, and Pelor bids you to give him the name Jush, because he will save his people from their sins.”

In those days Emperor Agistin issued a decree that a census should be taken of the entire Telmirist world. And everyone went to their own town to register.

So J'suf also went up from the town of Nazreth in Gaiali to Bathlem the town of Grawl, because he belonged to the tribe and line of Grawl. He went there to register with Mara. 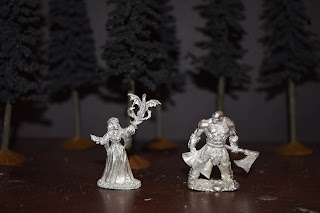