So, a friend and I our took our younger sons camping this past weekend -- slid into the campsite just after the massive rainstorm had blown through, and had a lovely weekend after that. 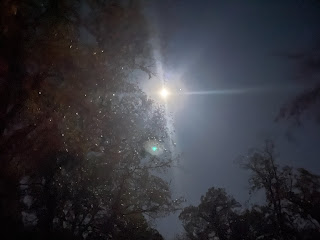 The boys spent most of Saturday playing on the beach and hitting dead trees with machetes, while the adults read, napped, made fires, and otherwise amused ourselves. 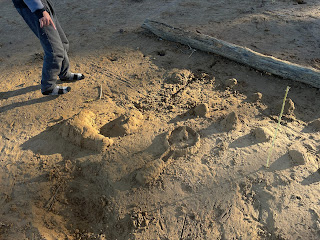 They built a fairly extensive city of sand, and decided that they were now gods for whatever tiny little ants might live there; discussions of ant theology followed. "Why would they need money if we can just make anything they might need?"

Regardless, they built a home for the ant blacksmith, with a forge just outside of it: 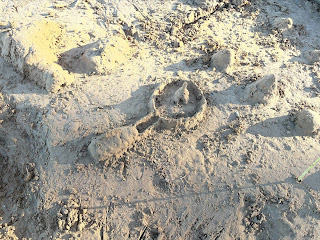 And, of course, the temple where the ants could come to worship their giant gods: 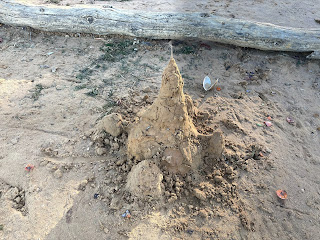 From an adult perspective, this is definitely the way to go camping: the boys kept each other occupied, while the fathers got to trade off on cooking meals. And despite the effort involved in hauling everything (including firewood) in and most of it back out, it was a relaxing, refreshing weekend. 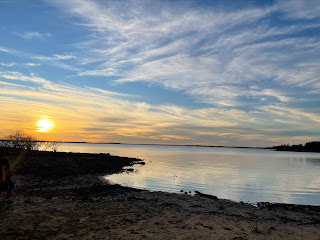